In May I finished 7 books. But two of them were started the month before. 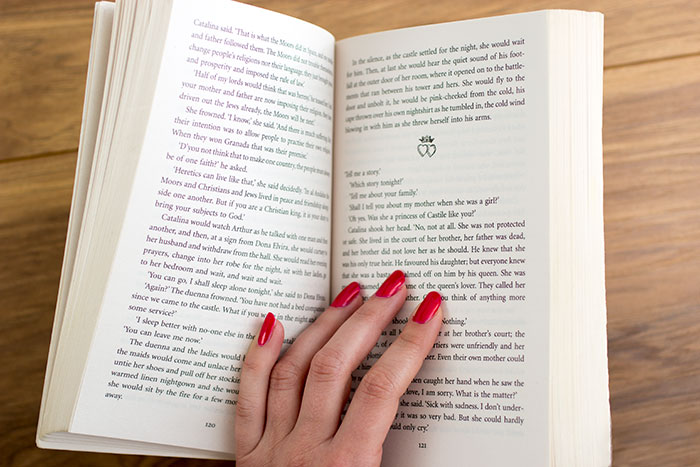 This month, I’ve started reading the Tudor series by Philippa Gregory. Sadly, even now, historians don’t give enough credit to the amazing women from the history. Recently I was watching a TV show about Edinburgh castle and the historian said that Henry VIII’s victory over James IV of Scotland at Flodden, Northumberland, in 1513 was his greatest military achievement. WOW! In fact… Henry wasn’t even in England at the time of the battle and Katherine led the army while being pregnant to keep the Scots from invading England.
This is why I love Phillipa’s books, she brings the women into the spotlight and, hopefully, with public interest, more historians will take into consideration the important roles the women played in  history. 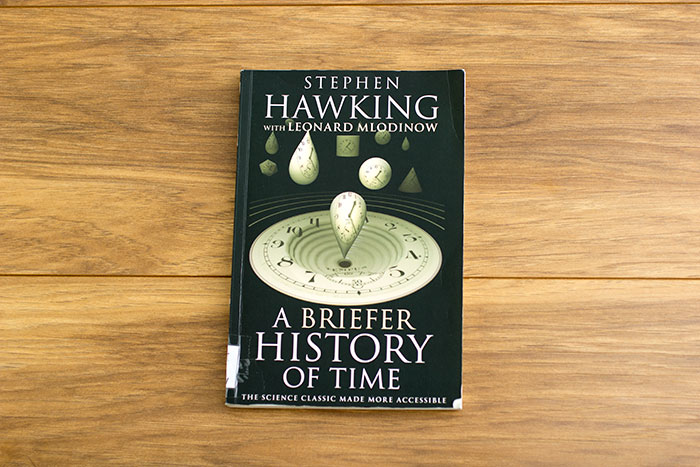 A Briefer History of time. The Science Classic Made More Accessible by Stephen Hawking with Leonard Mlodinow

It’s a fascinating book and I enjoyed it a lot. I think my teacher would be amazed I was interested in this kind of book. My physics teacher from the Grammar School (equivalent, I didn’t study in  the UK) is amazing, he has teams of students going to all sorts of competitions, including ones organized by NASA. For me though understanding physics wasn’t easy. I was good at maths, chemistry, economics, but not physics.
I wish I had this book when I was starting school, it would have made me want to understand physics better. I enjoyed every chapter, from Ptolemy’s model of the Universe. The geocentrism model was, amazingly, taught in schools in US until the 20th century by Lutherans. Wow, just wow.
Anyway, getting back to the book, it continues with Newton, relativity, the big bang, wormwholes and time travel, unification of physics. My husband read the book before me and we had a couple of chats about it. We would both recommend it.

It’s a heartwarming beautiful book. There are 28 true stories in the book. Each story is 7-10 pages long, it’s a lovely book to read, I cried at a few stories and I enjoyed all of them. There is a mixture of dogs that helped with medical conditions, through dramatic moments and helped children and adults overcoming anxiety and other mental issues. I would recommend this book, it’s so wonderful to see how much a dog can change the life of its humans companions. 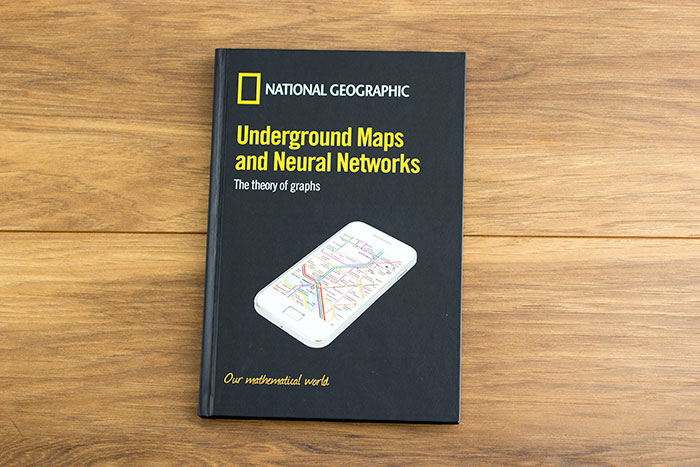 Underground Maps and Neural Networks. The theory of graphs by Claudi Alsina

I heard about graphs, but, basically, I knew nothing about them. I enjoyed reading about graphs and their applications like the tube map, internet, chemistry, architecture. The chapter about maps and colours was very interesting, four colours are enough for any map. I can’t say more about this book without getting into a lot of details on specific aspects. 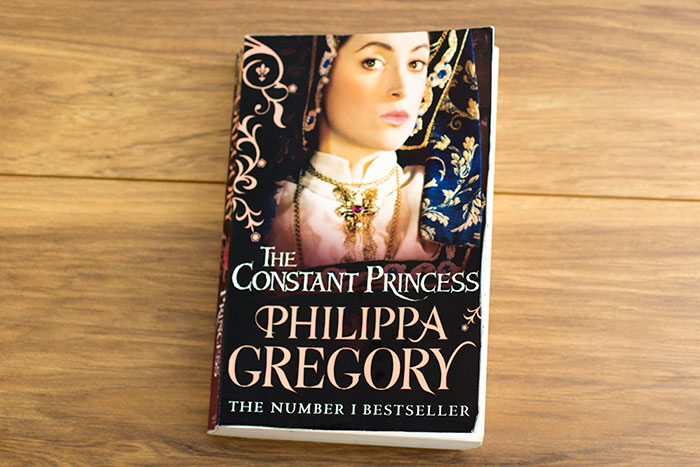 The constant princess By Philippa Gregory

The first in the Tudor series. Katherine of Aragon is one of my favourite queens (along Elizabeth Woodville). I liked her strength and her determination. She was an amazing woman and Phillipa portraits her as kind and fair, loved by the people and the ones close to her. She had such a hard life, living in poverty for a long time, first as a widow of Arthur and then after her marriage with Henry was annulled. Philippa assumed Katherine loved Arthur and that their marriage was consummated. In the book there is this sign of two hearts with a crown on top that is believed to have decorated Arthur’s chamber at Ludlow Castle. A sketch of it was made in 1680s, 180 years after his death. Obviously is not known if that had any meaning, but this is the lovely thing about historical fiction, only the hard facts must be right, the rest can be imagined.
You can see the design in the first picture of this post.

The book is about three Queens: Queen Margaret of Scotland, Queen Katherine of England and Queen Mary of France. Margaret and Mary were the sisters of Henry VIII and Katherine his wife. I like the name and the book was very enjoyable. The book is told from Margaret’s perspective. She loved, hated and loved again Katherine as time went by and things happened. She lost her husband, James IV, she lost children, she married a man that betrayed her, she had a divorce and married again. I think she became tough with time, she had to. As Katherine and Mary, she lived in poverty at times. Also, for her to ask for a divorce in the early 1500s is quite amazing, she must have been very strong to do that. It’s a lovely book and I would recommend it.

Mathematicians, Spies and Hackers. Coding and cryptography by Joan Gomez

I was so excited to read this book. I worked in IT, my hobby is having a blog or two (actually 3, if I take into consideration Festus’s blog too). In the book, the author presents codes and how the messages were encrypted from Caesar’s time. It’s even a story about Mary Queen of Scots’s messages that were deciphered and this is how she was found guilty of treason and sentenced to death. It’s a fascinating book with lots of examples, including the Enigma machine. I learned very interesting things about credit cards and barcodes. It made me want to read more about cryptography. 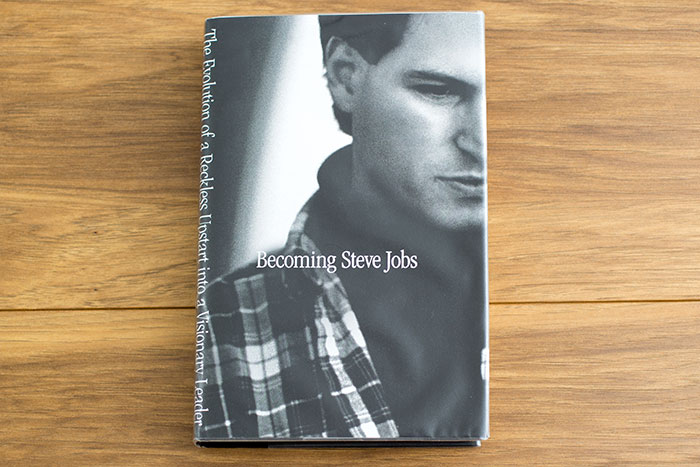 Becoming Steve Jobs. The evolution of a Reckless Upstart into a Visionary Leader by Brent Schelnder and Rick Tetzeli

I wasn’t that impressed with the movie about Steve Jobs from 2015, can’t say I remember much of it. I thought reading a book will be different and it was. I didn’t like Steve Jobs for half of the book, as a young entrepreneur was acting like a spoiled brat and his relation with his first daughter Lisa was appalling. But I saw why he is called a visionary towards the end. The book is well written, but they do tend to write a lot about things like processors and a lot of different other people. That is not an issue though as it made me search for details about those people like Andy Grove. Grove has two books and I want to read both of them.
There are inspirational aspects in the book, like his speech at Stanford University (it can be found online if you want to see it). I enjoyed the book. It’s not sugar coating Steve’s decisions, but it’s not particularly judgemental about them either.
I would recommend it.

Books I read this month