After a long chat with my husband, we’ve decided to go to Manchester for the day, a couple of weekends ago. We’ve chose National Football Museum as the destination. 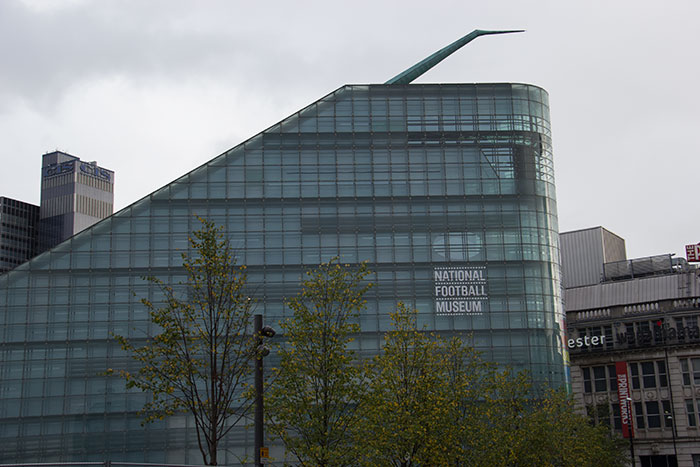 The museum is free, donations welcome, but not mandatory, details on their website. 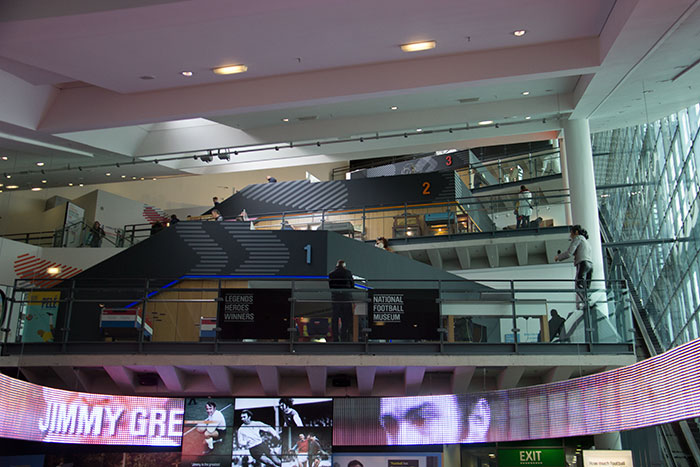 The museum starts with the history of the football. It was really interesting. In 1863, Ebenezer Cobb Morley, an Englishman, wrote the laws of football. Today, 250 million people around the world play by following the same rules. Billions more watch the game. A replica of his notebook is on display at the museum. The British football is older than that. There were football quotes on the walls, some from Shakespeare. 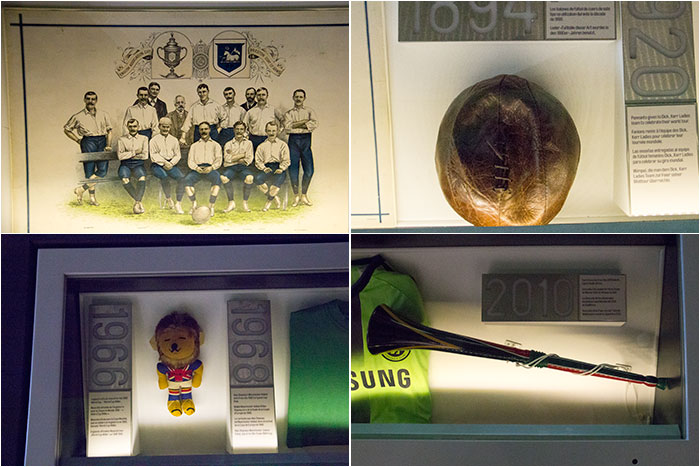 The memorabilia on display was fascinating. I loved seeing many artefacts from the 19th century on display. It’s great that they still exist. 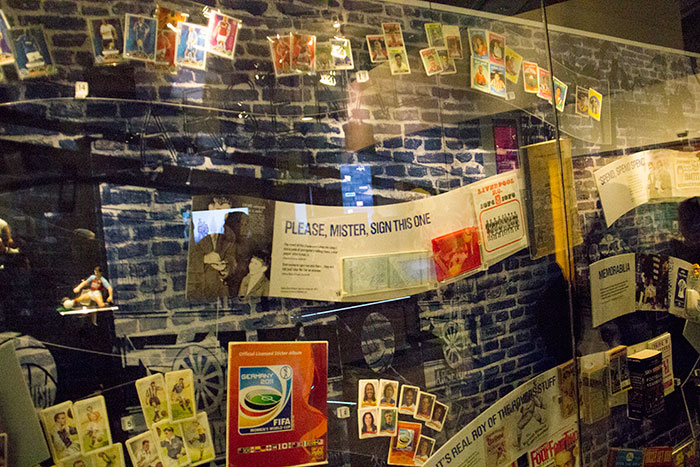 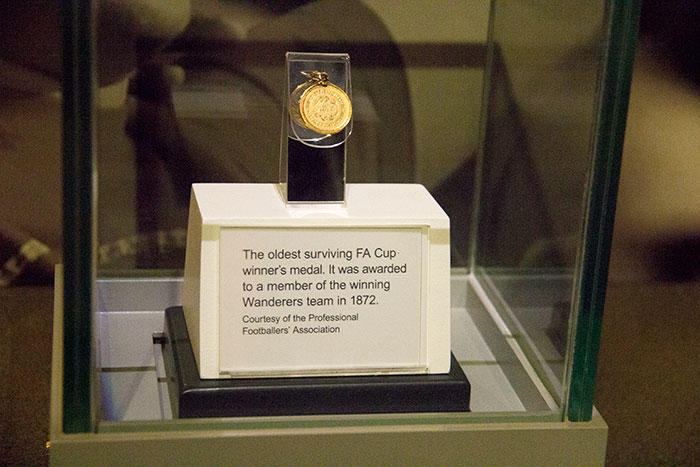 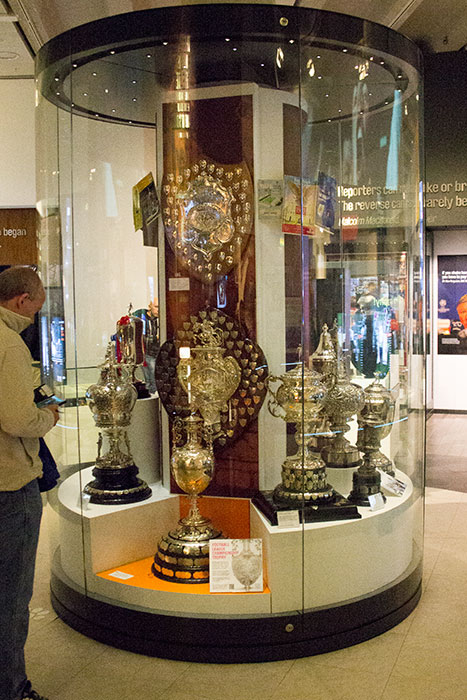 Some of the exhibits are quite unusual. For example a picture taken in 1938 of the English team making the Nazi salute at the request of the British Ambassador and the FA, in a game with Germany.

A couple of Wembley original seats are on display too. A few feet from them is a turnstile from 1923. The company that made them for Wembley, W.T. Ellison of Salford, also made turnstiles for most football and rugby grounds for almost 70 years. 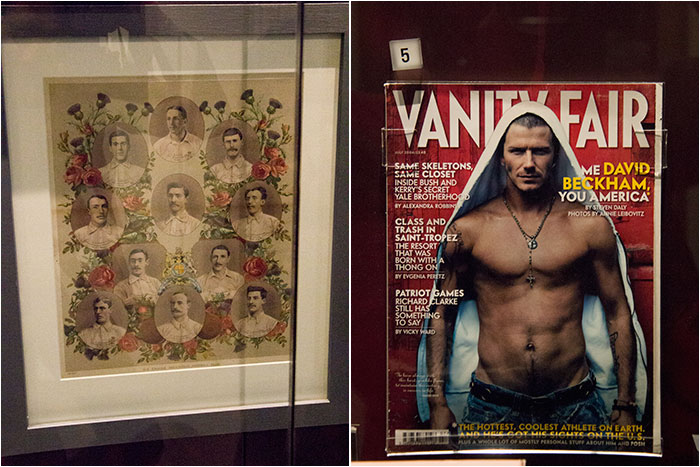 Advertising has change a bit over the years, don’t you think? 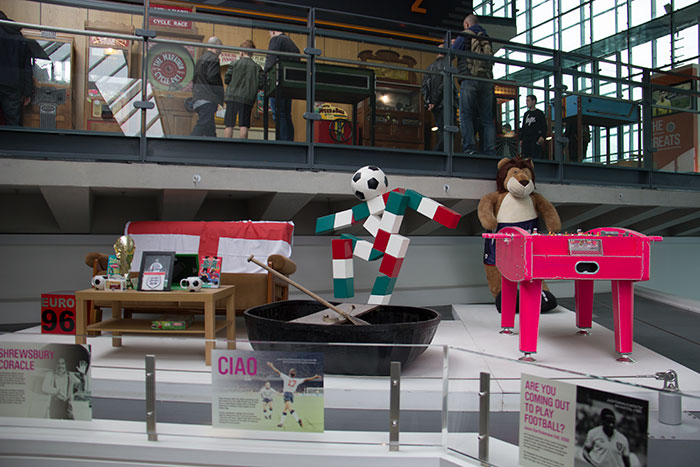 At the museum, there is information about some players that made or lead to changes being made. Justin Fashanu, the first £1 million black player that was openly gay. Due to the homophobia, in 1998 he committed suicide, aged only 37. Inspired by his memory, the Justin Campaign started.

Some stories are nicer, in the 19th century, working men couldn’t take time off to play football because they needed the money. Clubs began to hide money in their boots so they could play. In 1885 FA changed their rules and clubs were allowed to pay wages. 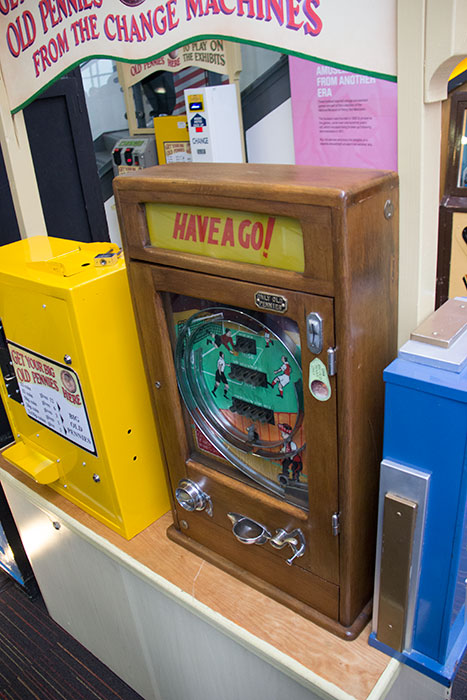 These old games are still working. It’s only a few pennies to play them, so it’s worth give it a go if you fancy. We didn’t because it was very busy and kids seemed to enjoy them the most. 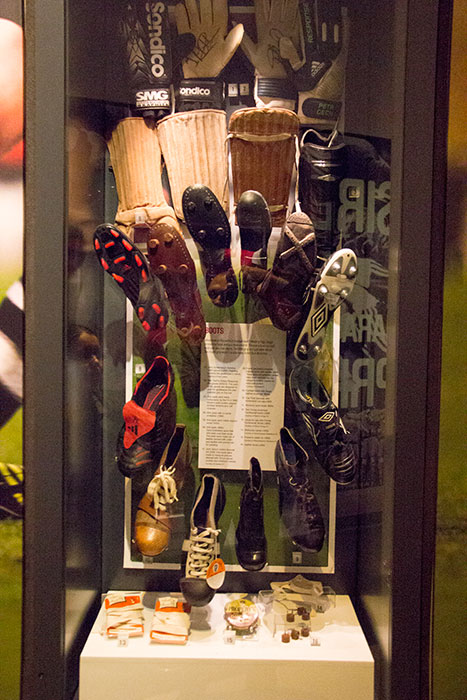 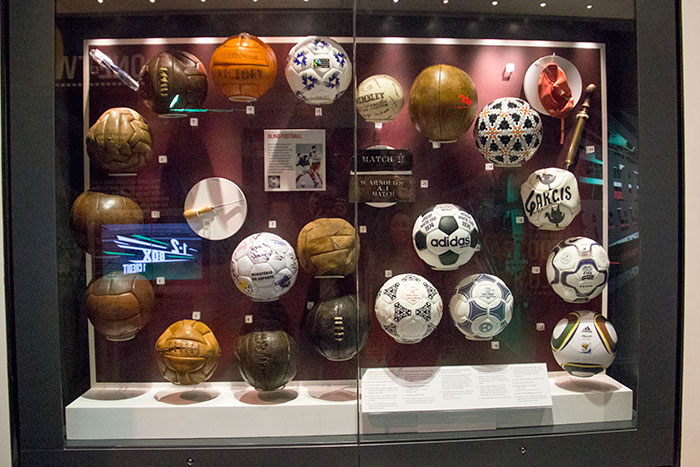 This is the magic sponge. In the 80s, before sports science, team doctors would soak the sponge in water and would use it to “treat” injuries. I don’t think it made a lot of difference for the players. 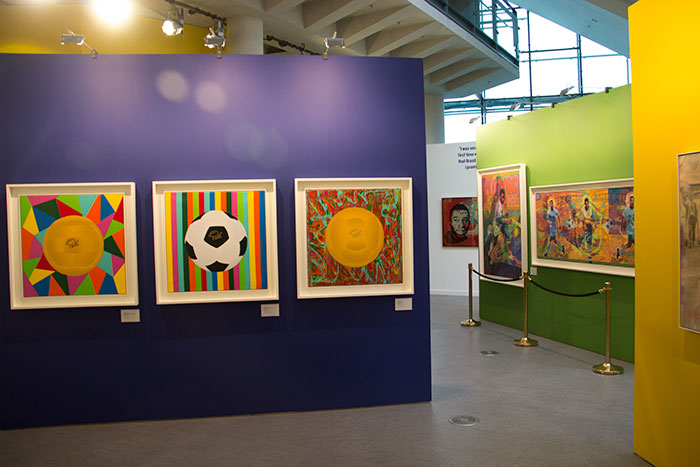 The special exhibition at the National Football Museum was about Pele. A storyline tells his evolution from the day he was born on 23 October 1940 and to the present day. There are many other exhibits on display, created especially for this exhibition, including paintings and fashion pieces.

National Football Museum is in Manchester, Urbis Building, Cathedral Gardens, M4 3BG. Is open Monday to Sunday from 10am to 5pm.