I’ve been to V&A a few times, but this was the first time I was able to see all the exhibits. I made a small selection of my favourite exhibits in the museum. Photographing wasn’t allowed in the jewellery section and that is a shame, as I would have posted a lot of pictures from that section. 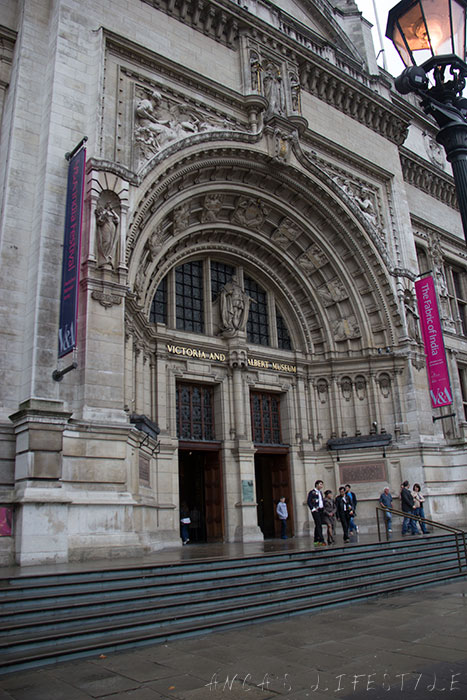 One of the things I like at V&A is that so many people are drawing and sketching. I feel it adds to the atmosphere in the museum. 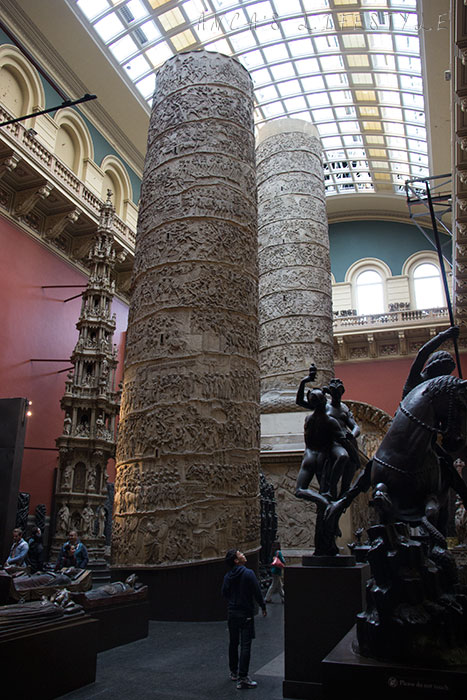 It was amazing to see the cast of Trajan’s column. The cast had to be split in half to fit the height of the room. I learned about the column in school, as a young Romanian trying to get good grades. The column was built in Rome in 113 after Trajan defeated the Dacians in two wars 101-102 and 105-106. This is how the Romanian population had developed, from Dacians and Romans. 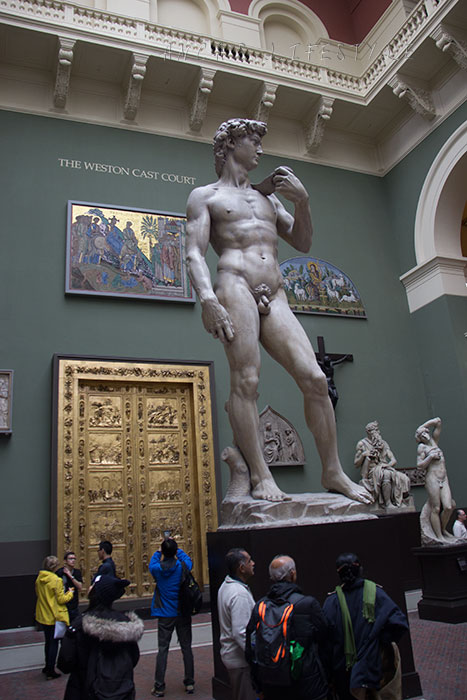 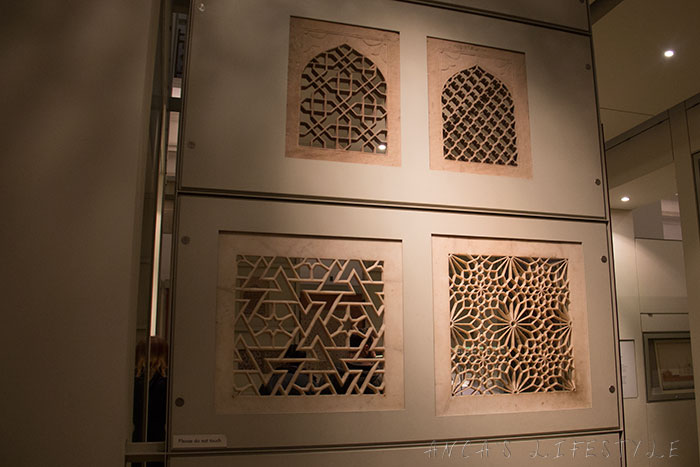 These intricate designs are made in red sandstone. I think is stunning they were able to carve many details in a weak stone. 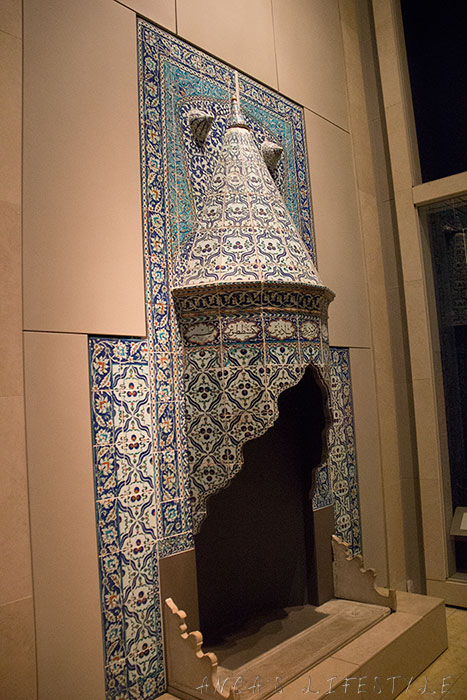 The tiled chimney is Turkish and it dates back to 1730s. 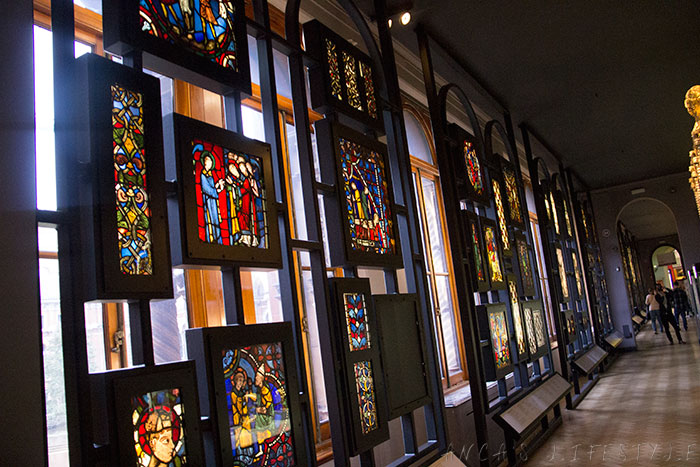 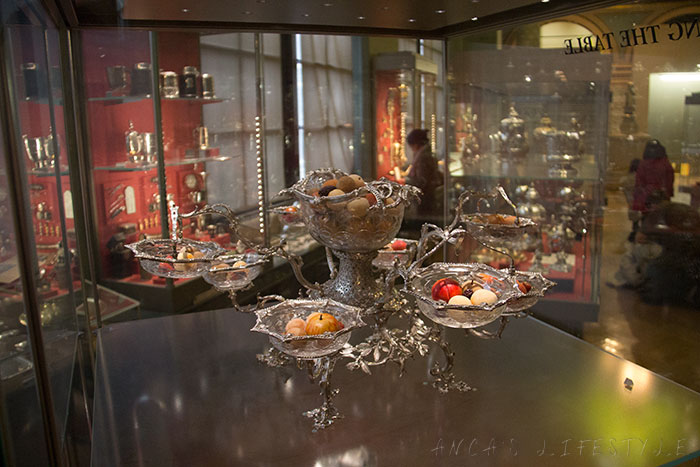 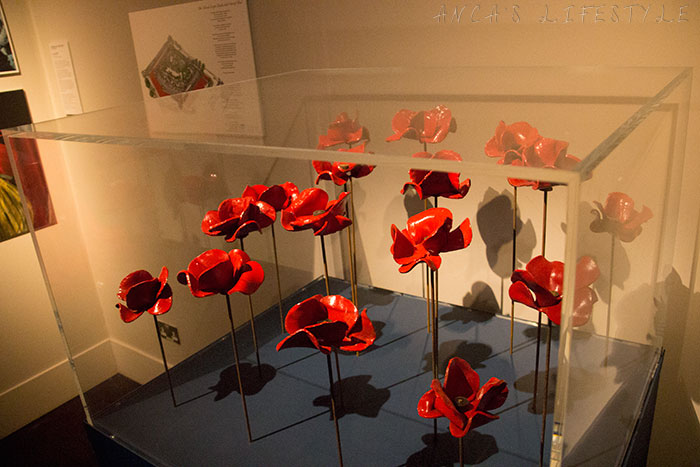 The poppies are from Blood Swept Lands and Seas of Red. The whipping willow will be displayed in front of St. George’s Hall in early November, a day or two before Remembrance Day. Hubby and I will go to have a look as he missed the display in London. 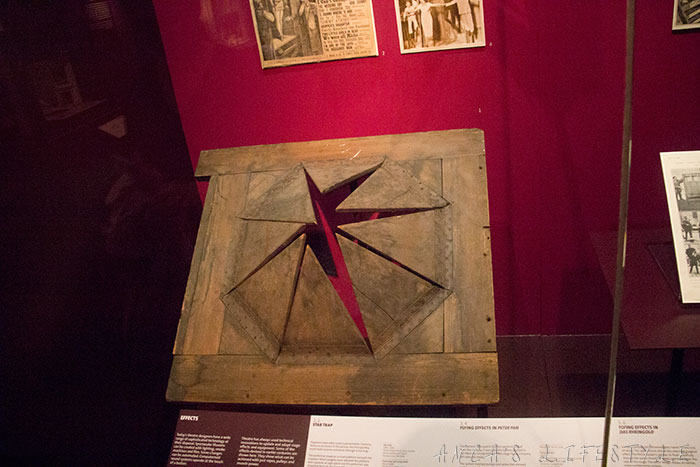 The star trap is from the 19th century. They were used in shows as the performers were appearing on stage as if they were bursting out solid floors. The performer was standing on a small door under the trapdoor, then weights were released and he was propelled on the stage. The trapdoors were very dangerous and they were banned in the 20th century. 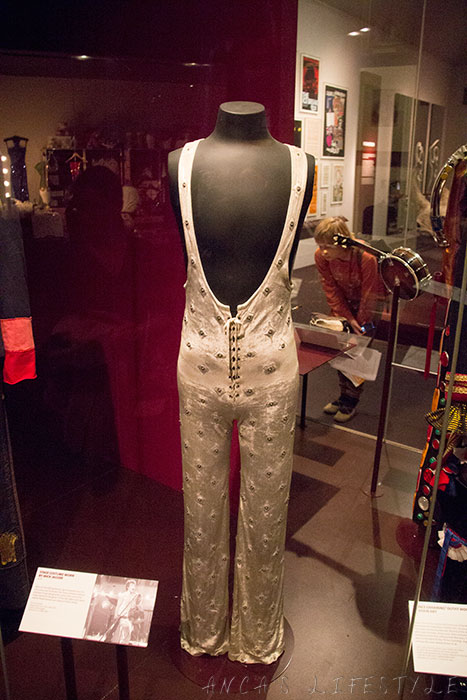 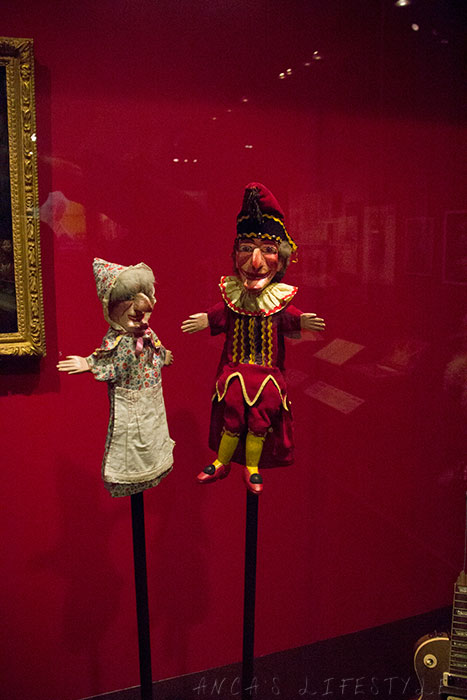 I saw a Punch and Judy show at the Victorian May Day. The first shows in England were held in Covent Garden in the 1660s. It’s surprising that there are similar shows after 400+ years, with the same concept and the same characters. 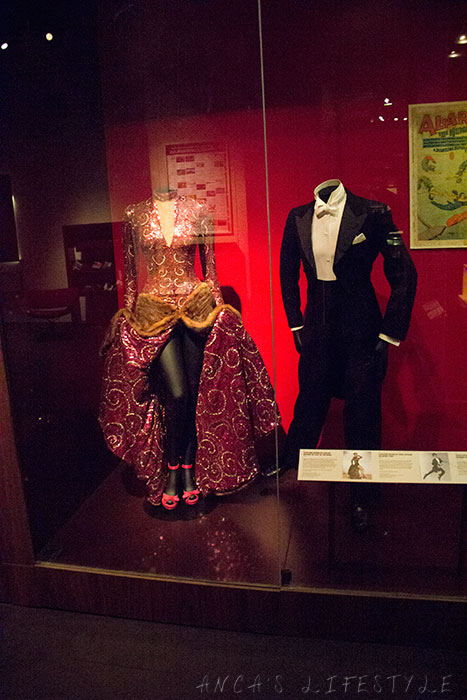 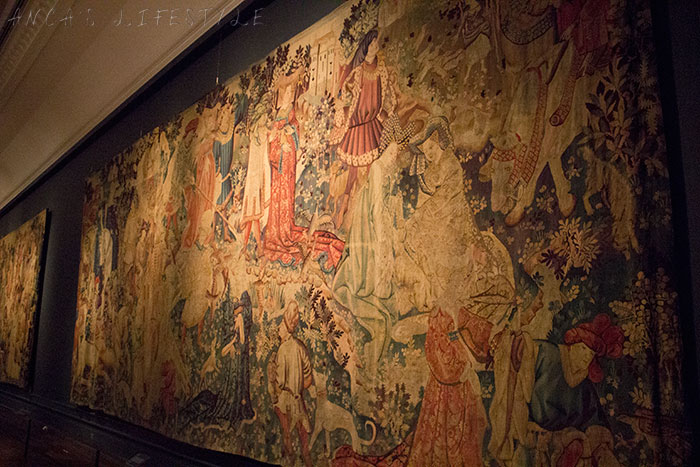 I’m found of tapestry as I used to make it with my mother when I was small. We were watching TV and doing needle work in winter. I was very good at it, surprisingly, as I’m terrible with a sewing machine or at embroidery. I can appreciate the amount of work that gets into a tapestry. 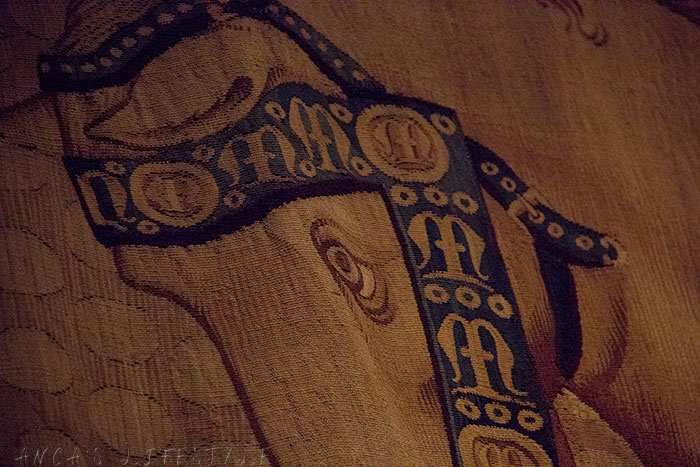 I can’t say I’m particularly found of the themes they used, like hunting. But the details are stunning, all the animals and people look realistic.

A day in London with hubby 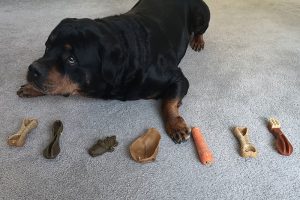