In Eastern Europe the 8th of march has a very special meaning: women’s day. It’s a day that celebrates the woman regardless if she is a mother or not. Of course we celebrate this year too. I asked hubby to make it a special day out and he said yes. Fortunately we had a lovely weather and our walk was great.

First of all we went to Williamson tunnels. I saw the website before moving to UK and I really wanted to visit the tunnels. The reviews on tripadvisor were great too.

We had a guide that told us the lovely story of Joseph Williamson (born on 10th march), a very eccentric man, who succeeded to get from an orphan child that arrived at 11 years in Liverpool to a wealthy tobacco merchant. He was, from my point of view, a great philanthropist too. The lady-guide talked with such enthusiasm and we loved the tour. If you came in Liverpool, make a stop to the tunnels, you will have a great time.

Some pictures. This is the entrance. I had to wear a helmet, but there are no risks. 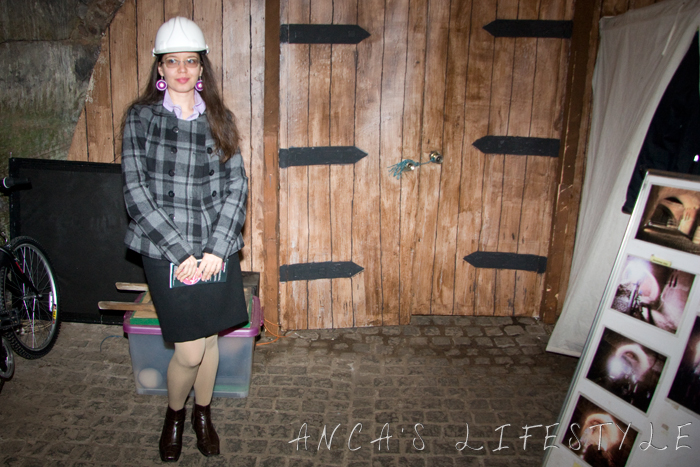 We paid attention to the tale and forgot to took pictures of the tunnels. After Williamson died in 1840 the tunnels were used as a dumping site, but, as the lady told us, it’s just a matter of perception… now every piece is an artifact 🙂 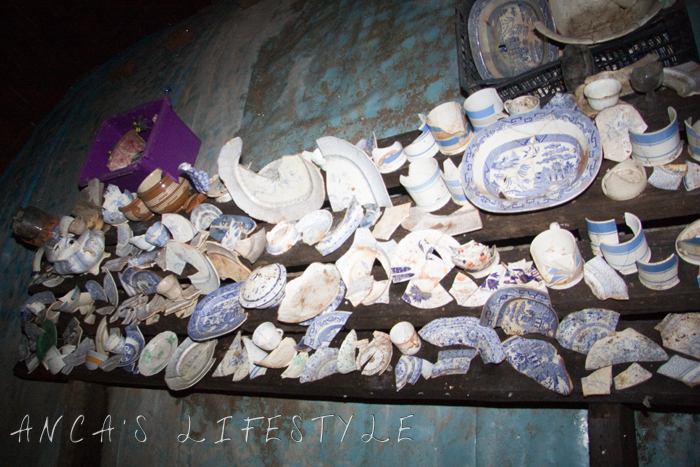 This was a pot for steamed vegetables. The holes were made so the steam could go out so the vegetables wouldn’t get mushy. 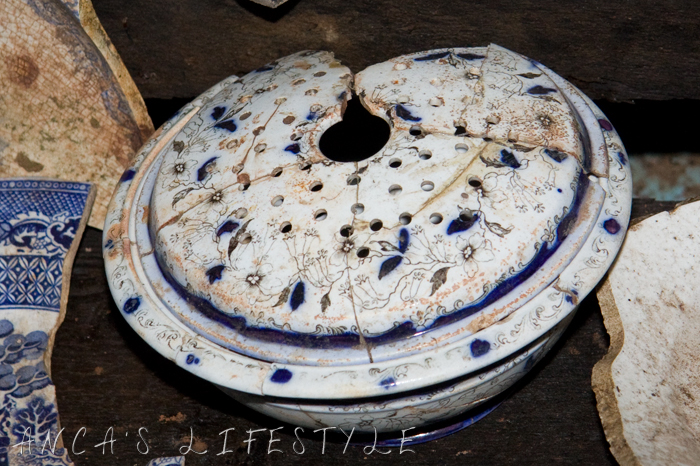 Jam jars with the inscription: “Not genuine unless bearing W. P. Hartley’s label”. We saw Hartley jams in store, but I’m not sure we’ve tried it. 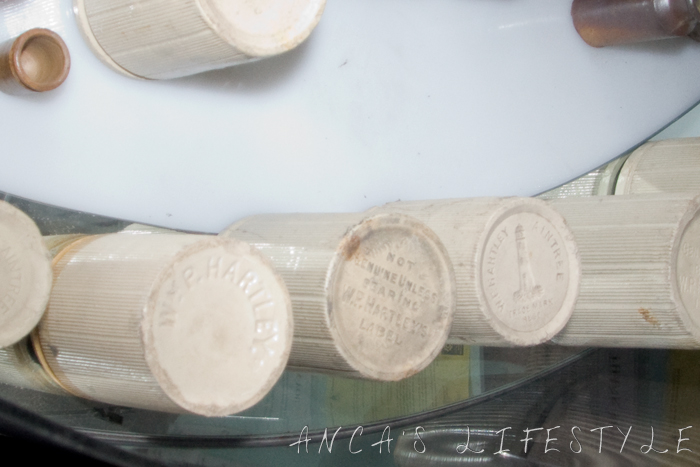 The entry fee is just £4.5 per person, it’s a small price considering they receive no public funding and the guide is included!

After we saw the tunnels, we were headed to World Museum when I saw that St. George’s Hall is open. We stepped in and enjoyed a short visit. 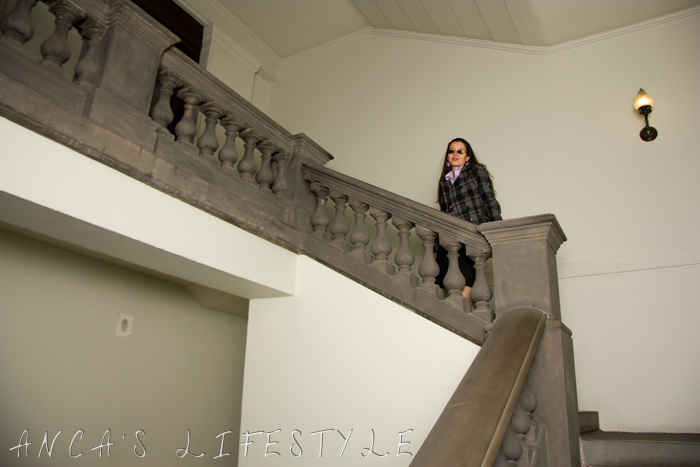 I was standing near the judge’s chair. 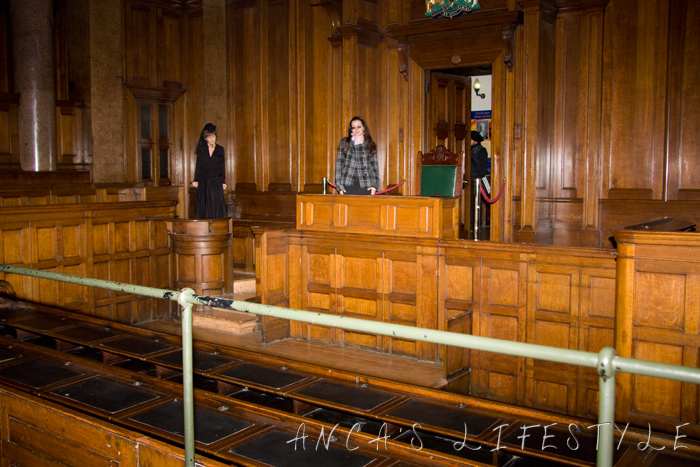 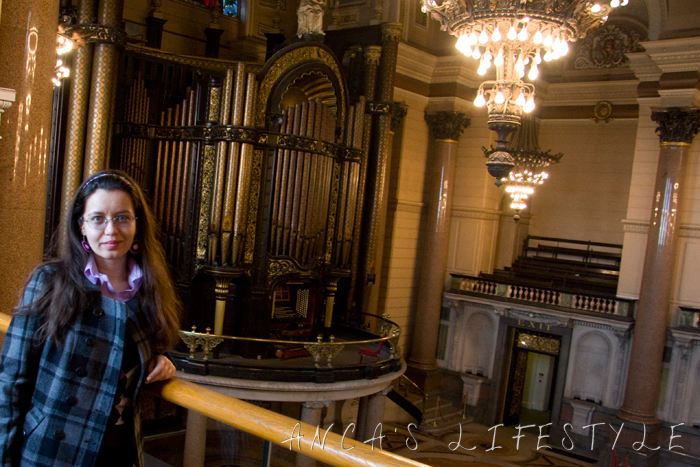 St. George’s Hall is the first building with air-conditioning in the world. The engineer David Boswell Reid designed this system in 1851. He named it “Systematic Ventilation” system, and he designed the one for the Houses of Parliament too.

The hall from outside. The hall has no entry fee. 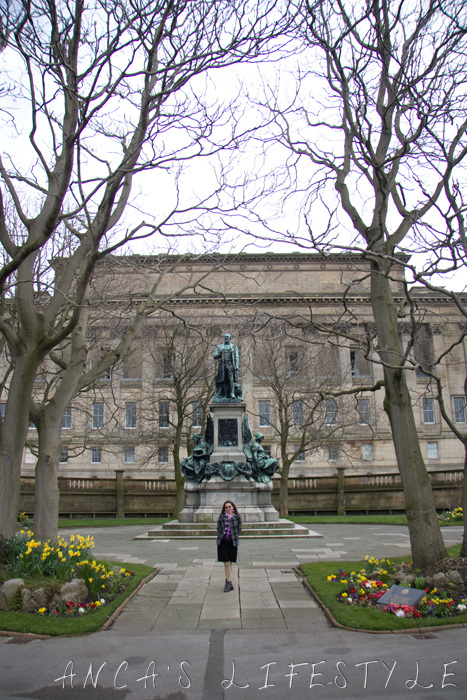 Near the hall is the World Museum.The museum is huge! There are five floors and many exhibits and it’s free! On the first floor we saw the Aquarium. The pictures have a lower quality because hubby didn’t use the flash (it was a requirement and a polite thing to do).

The lovely Clownfish, that unfortunately it’s considered an endangered species. 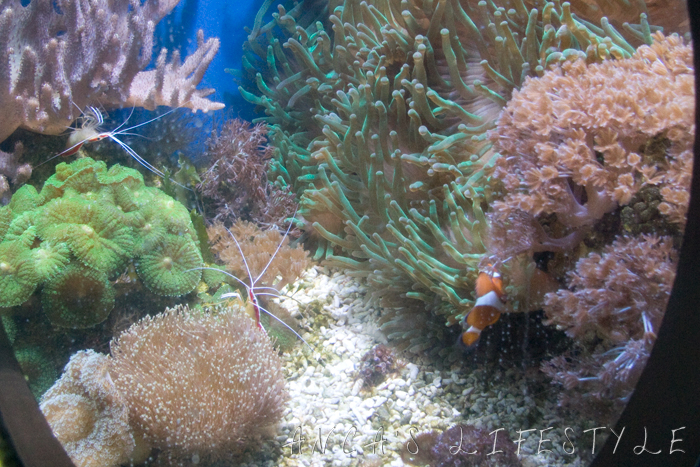 Another endangered species, but I forgot the name. They look so funny. 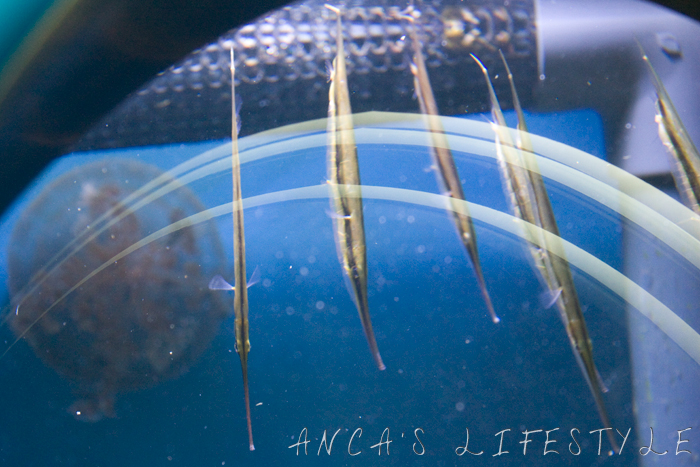 Near the entrance of the bug house is the giant bug. A little scary 🙂 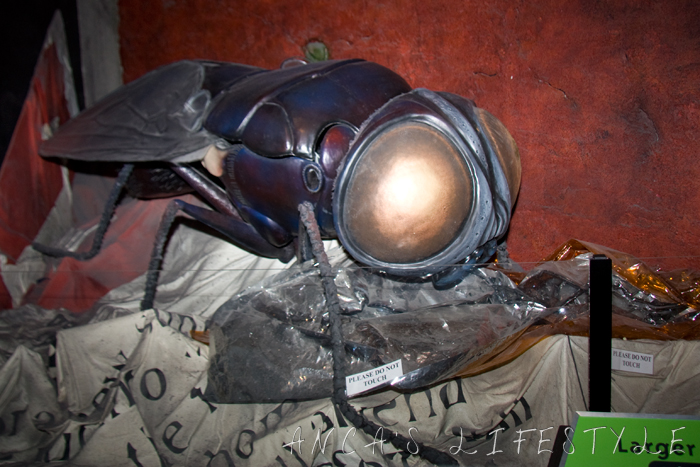 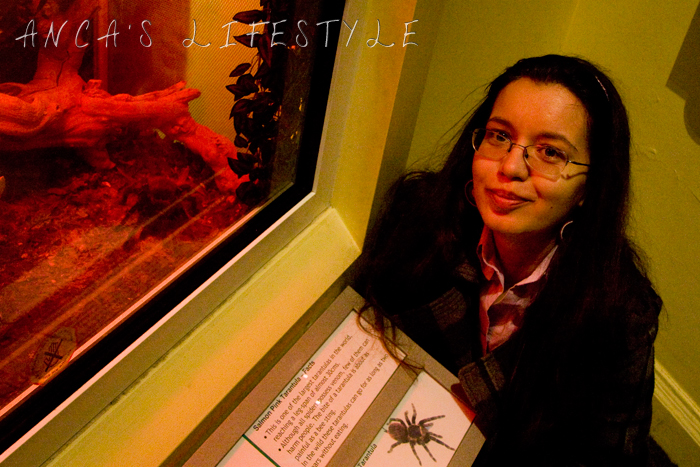 Ants. Their display is very interesting, they get the food in one place and the ants move it to their habitat. I think very organized and lovely. 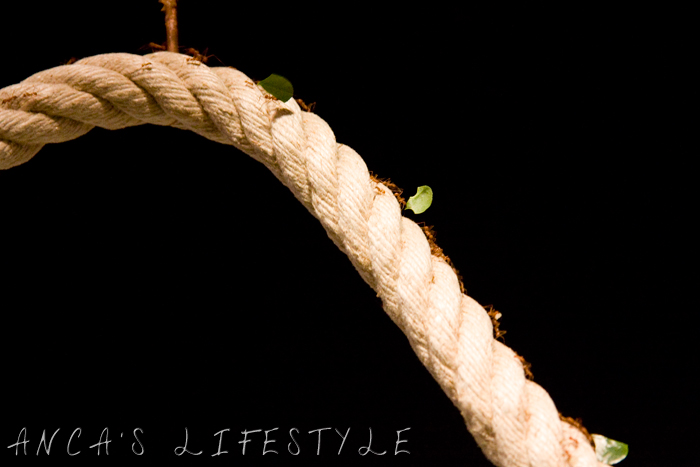 The bug house has a huge number of butterflies! A lot of the insects are put in special drawers-insectariums. I’ll go again to read about them and take pictures. They are so many, so I think only this exhibits will take 2-3 hours to see properly. 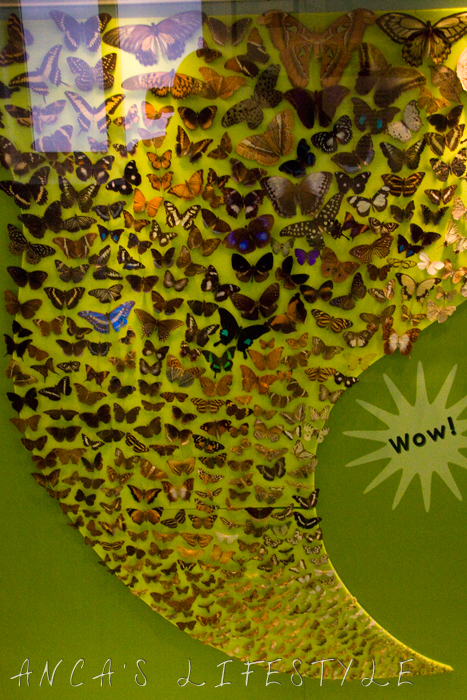 After the bug house we went in the Clore Natural History Centre. There were many children so we moved faster. I’ll go back another time, fortunately it would be a smaller crowd. I loved this exhibit. On the wicker chest is wrote: “Dare you open the box to see the most DANGEROUS ANIMAL in the world? Watch out it is alive!” and inside there is a mirror… 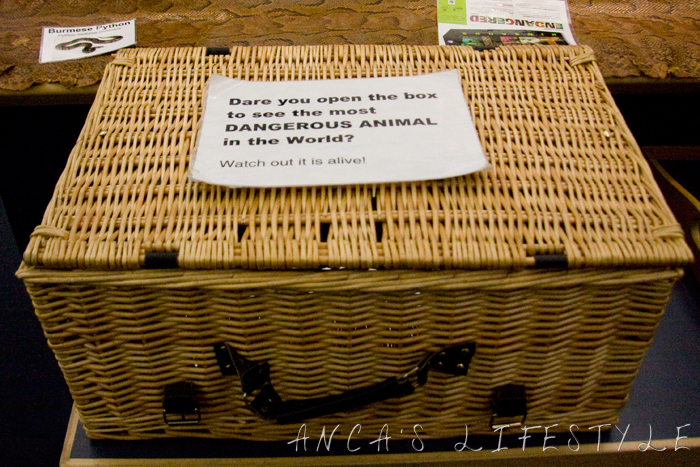 On the ancient world sector I saw for the first time a mummified crocodile. There are a few mummies as well because Liverpool is a center for research of the Egyptian archaeology and here was founded the first institute of archaeology. 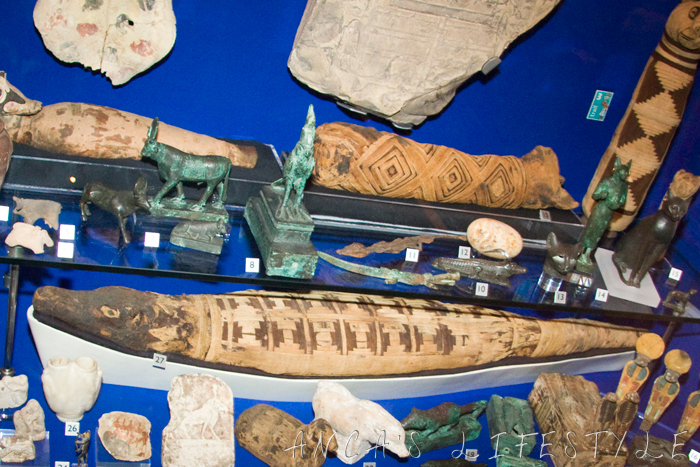 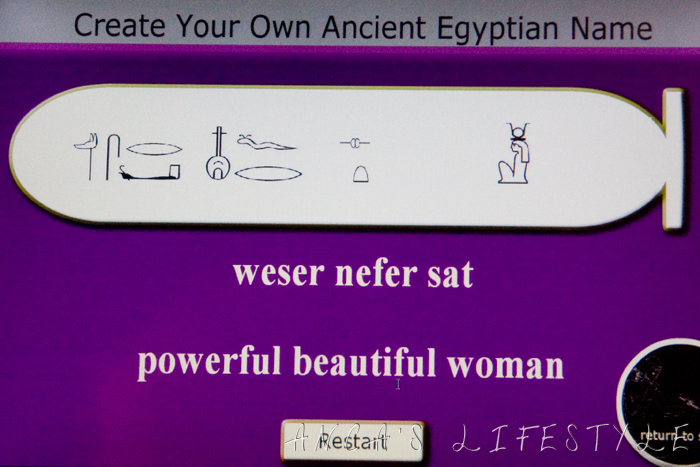 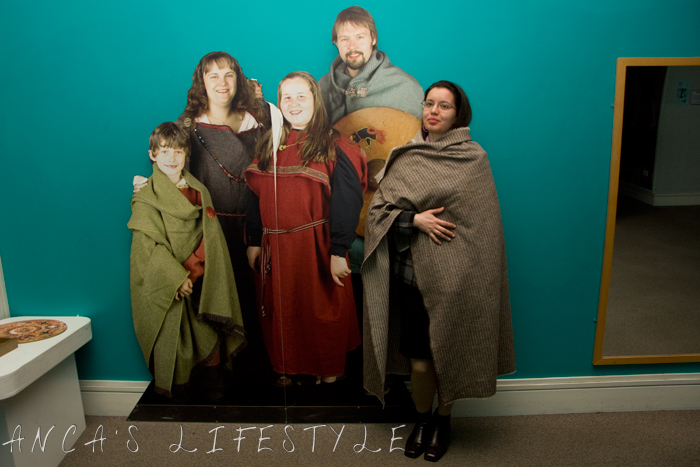 Very beautiful arrows. The middle one is just lovely. 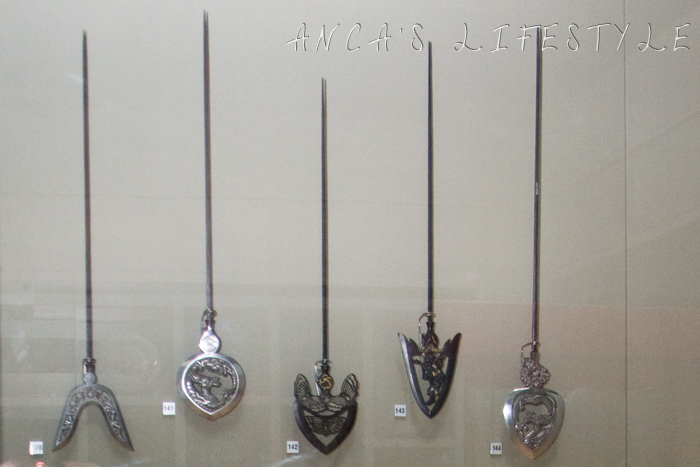 Interesting pairs of sunglasses made by Eskimos. 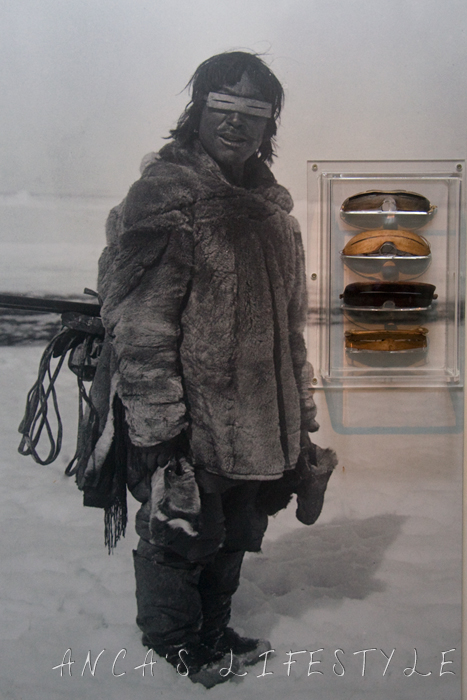 Here I was searching for the right runes to write my name. It was pretty hard because the difference between the runes wasn’t so big. 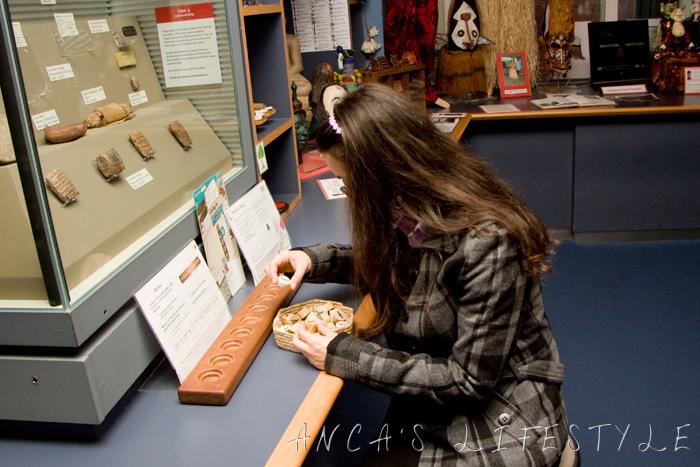 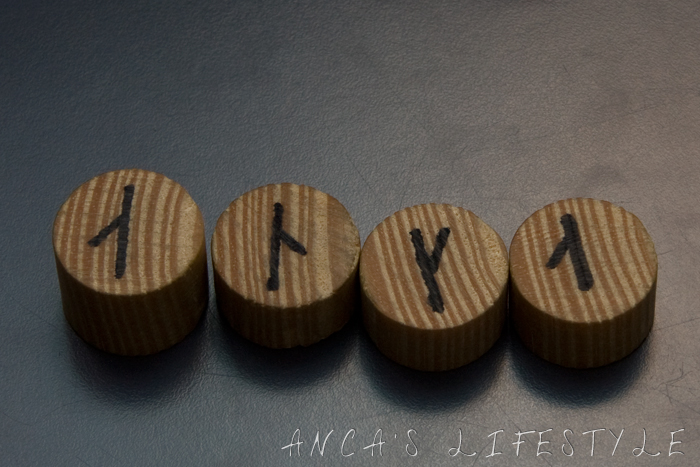 In the Natural World section there were many warnings about our endangered planet. For example: “Every year an area of forest the size of Yorkshire is deliberately destroyed forever. It is estimated that in 30 years these enormous forests may have completely disappeared. Can the world afford to pay this price for “progress”?” 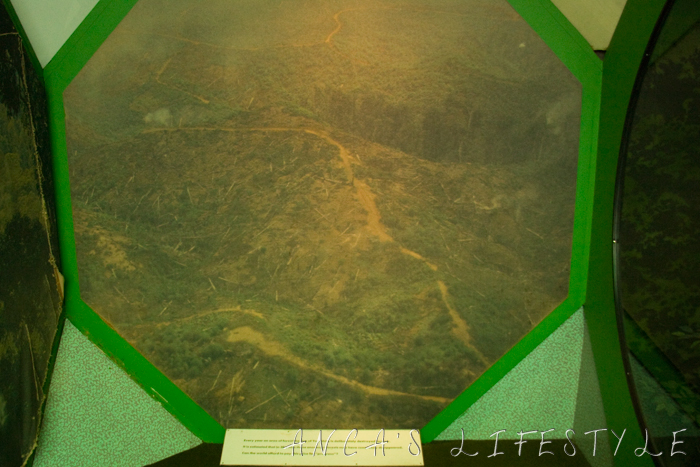 A fossil in stone. At the museum there are a few fossils and they all look lovely, at least from my point of view. 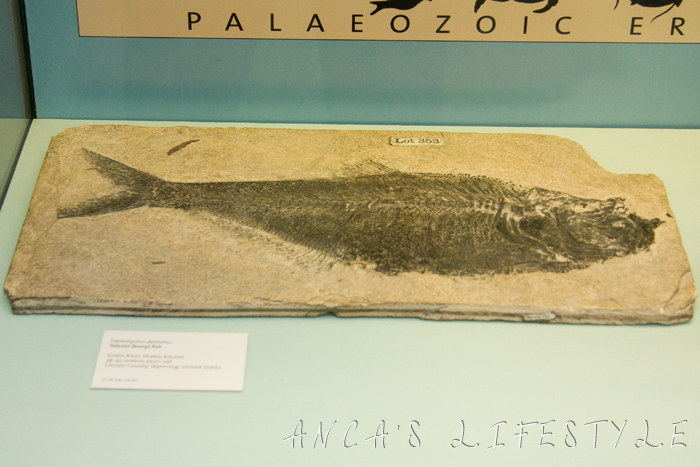 Xmas tree. The making of… 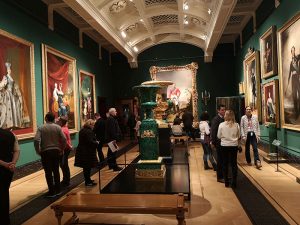