Now it’s time to show pictures from Knowsley Safari Park, in December. I just love these monthly posts and I love going each month to watch the animals. It’s so relaxing and wonderful to see them.

Our tour started with us looking at these camels, walking on the tarmac towards some other cow-like animals (that’s embarrassing, but I have no idea how these animals are called). I imagined they want to interact. 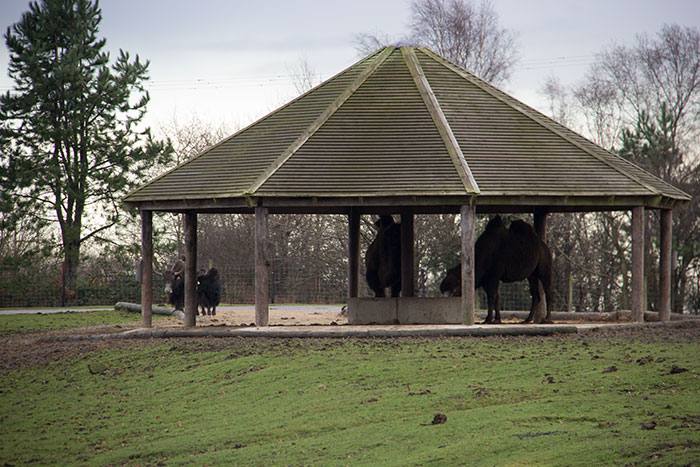 Instead, the camels bullied the other animals, who left, and so they ate some of the their food. 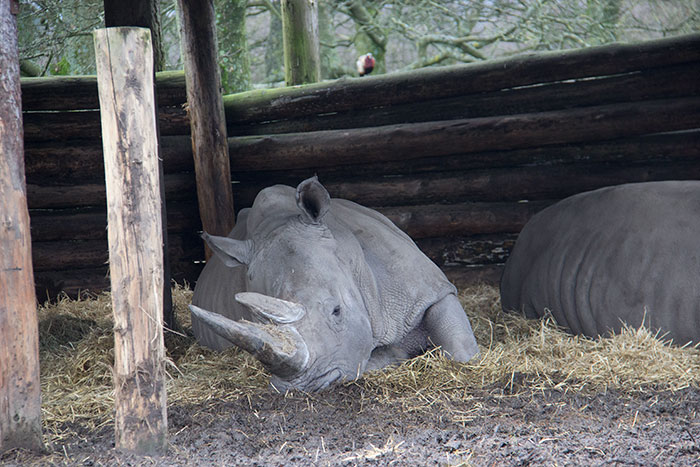 Some Rhinos were happy staying in. At that point it didn’t start raining, but it was a bit damp anyway.

I was surprised to see a pheasant looking for food in the Rhino’s stall.

The Ostrich was looking to see if we have something interesting in the car. They are so curious. Of course, we never give them anything, not only because those are the rules, but it’s better for the animals as well.

Other Rhinos were walking around. This one looked to see if we are going to pass, then crossed the tarmac and went to his stall for some hay. 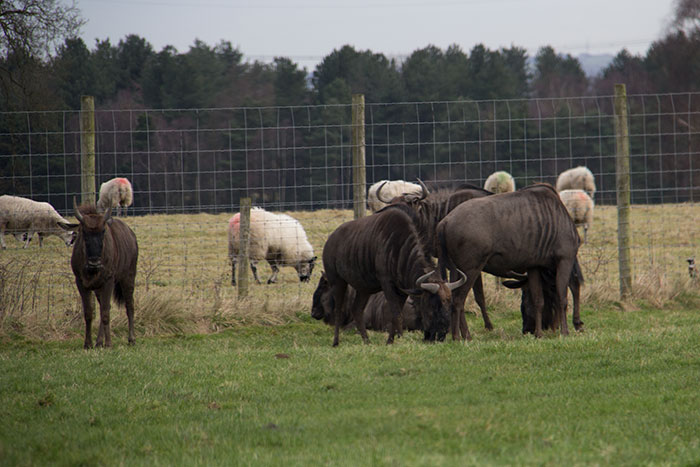 It was poignant to see the animals like this. A simple fence demarcates the wild life from the livestock, the animals that are cared for by humans for many years and the animals whom are fatten up for a few months before being killed for food. A few different choices made by our ancestors and it could have been the other way around, and the sheep on this side of the fence.

The monkeys were enjoying their breakfast, and so we didn’t have loads of them on the car.

I love this picture, the monkey seems lost in her thoughts.

The rain started and some of Knowsley Park residents were not happy to go out.

At the same time, the Bison were happy with their new toys and gifts. The trees were very popular. We spent there a while, switched off the engine, roll down the windows, and looked at these very happy animals having a good time. It was so quiet, we could hear only the branches swishing as the trees were thrown up into the air. 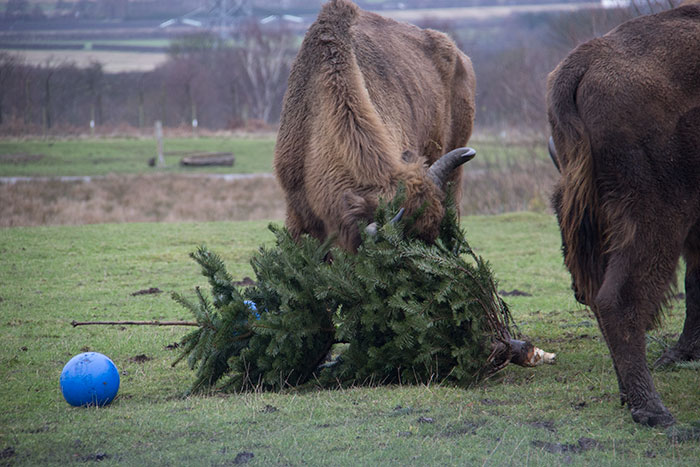 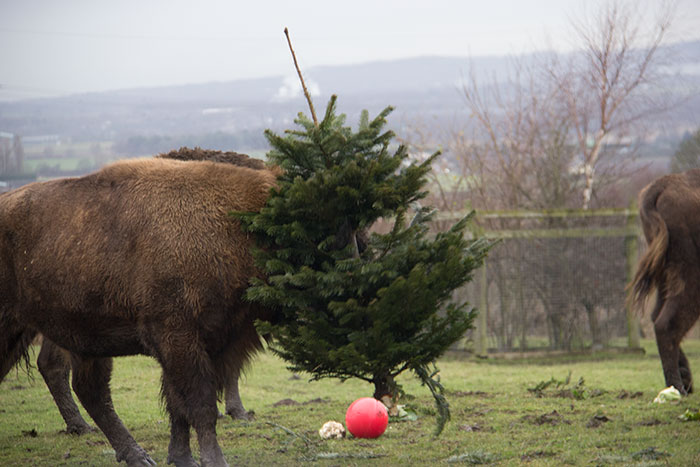 She is definitely enjoying herself. 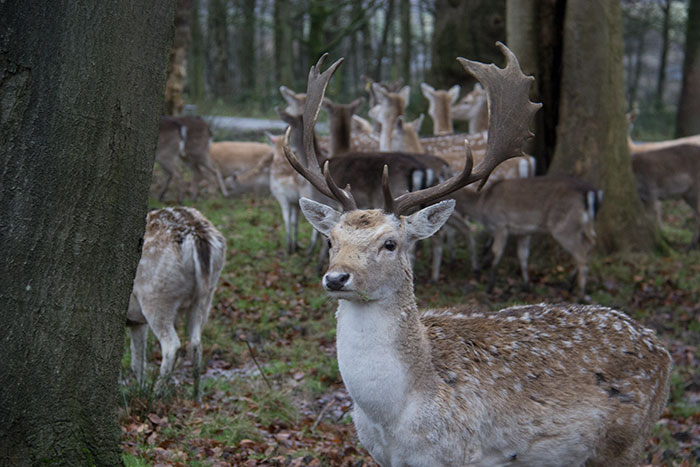 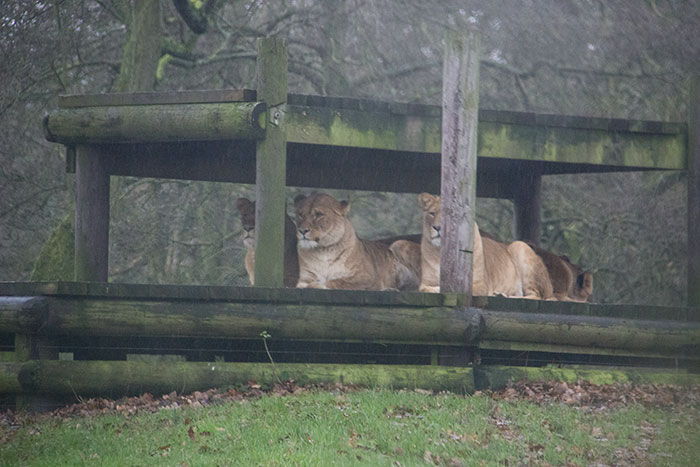 The lions were hilarious. The lionesses were cosy, underneath their stand, looking a bit annoyed at the rain. In this picture you can’t see the lion and we were wondering where he is. Well, we saw him on our way out of their enclosure. He was a few metres away from the stand, underneath a tree, looking even more annoyed. He was standing in the rain, as the tree was bare of leaves. There was place under the stand, but either the lionesses were not happy to share the space or he was just silly to stand in the rain.

We’ve had a wonderful time at Knowsley, as always. I’m looking forward to visit them again, next month.

My name is Anca and I'm an expat living in Liverpool for the last 8 years.[read more...]
Follow Me & Search 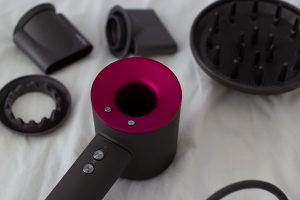